← back to the blog

The USDA Organic label is now appearing in grocery stores left and right. Instinctively, it seems to be a better choice. The label appears to justify the purchase by indicating the food is fresh, clean, and of high quality. Prior to purchasing organic, it is important to understand how organic practices are defined, and the impact of organic products on overall health. 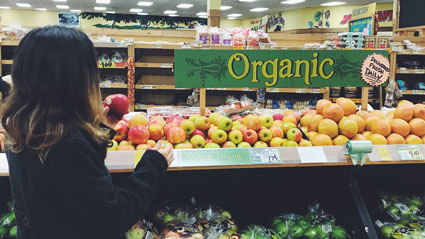 What Is Organic? A Definition With Limitations

Organic was defined in Title 21 of the 1990 Farm Bill. The certification of farms under the USDA National Organic Program sought to promote sustainable food systems where farmers minimized the use of pesticides as well as synthetic chemicals. These methods do not, however, guarantee that foods grown under organic methods are completely free of chemical residues. Organic certification includes the use of approved natural and synthetic chemicals to ensure that quality is not compromised due to vermin, mold, or transportation.

Groups such as the Environmental Working Group, or EWG, have stressed the Organic definition of minimally used pesticides, by publishing lists such as the Dirty Dozen. However, in 2011, this list was critiqued in a study conducted by the UC Davis Department of Food Science and Technology. Scientists reported that consumer exposure to pesticides in conventionally grown foods “remained at negligible levels and that EWG methods [were] insufficient” to rank food products. Other studies have also pointed out that chemical residues in conventional foods can be significantly reduced by washing, peeling, cooking, and baking foods prior to eating. 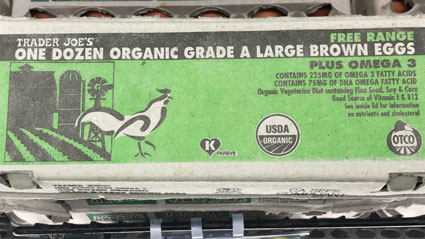 Certifying Organic, the Process for Farms

Certified Organic farms not only limit the use of chemicals, but focus on a production system that intends to keep the soil, animals, and plants healthy. According to the USDA Guide for Organic Crop Producers, organic farms first grow products under organic methods for three years before certification. Livestock cannot be given synthetic substances, and crops have to be free of synthetic fertilizers, sewage sludge, genetically modified mechanisms, and also prohibited pesticides. Animal health and welfare is also factored into the mandated requirements. After fulfilling all the land, crop, and production requirements, certifying agents conduct on-site inspections. Yearly renewals occur to maintain an organic status.

Specifically speaking about chemical residues, the U.S. Environmental Protection Agency regulates and contributes to ensuring both synthetic and natural based chemicals are safe before they are placed on the market. They also provide tolerable limits of exposure for the entire population. In organic farming, farmers adhere to an approved list of synthetic and natural based chemicals. This includes a multitude of chemical categories that are derived from natural sources such as animals, plants, and bacteria. Interestingly enough, the National List also lists natural substances that are not allowed in organic practices. Some natural chemicals can be just as harmful as synthetic ones.

While it has been documented that organic foods contain lower levels of residues than conventionally grown foods, cleaner does not necessarily mean healthier. Minimal nutritional differences have been cited in extensive reviews such as the December 2011 review by the NJAS Wageningen Journal of Life Sciences, as well as the October 2017 edition of Environmental Health. The sustainability of organic practices has also been debated due to questions regarding how farmers will be able to mass produce food to supply the growing global population.

In short, consumers should understand that purchasing a USDA Organic product does not signify a more nutritious food. Organic certification encourages farming methods that are more regulated, but not necessarily healthier. A better bet is to grow products at home or shop local to limit the distance between farm and fork.